Forget Cinco de Mayo, September 16 is the day to celebrate all things Mexican. In case you weren’t aware, nobody in Mexico, except for Poblanos*, celebrates Cinco de Mayo. It isn’t even observed as an official national Mexican holiday, and it definitely isn’t their Independence Day, for those of you who were wondering. Mexico’s Independence Day is right around the corner on September 16! And there’s no better time to share your love for Mexico than to join in on festivities. 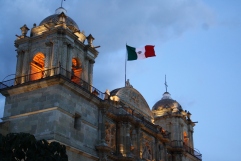 Mexico’s independence all started on the 16th of September 1810, when a priest in the town of Dolores, had 80 rebels freed from a jail and then gave a mass to encourage a revolution against the viceregal government of Spain. His cry has become known as El Grito de Dolores (Cry of Dolores). It is now re-enacted in every city and town center in Mexico on the night of the 15th of September. The historical date marks the start of a War of Independence.

In the past couple of days, street vendors have switched out their usual merchandise for patriotic items such as red, white and green t-shirts, flags and sombreros. By Monday, everyone will be dolled up and ready to celebrate Mexico! So what are some ways to get involved in the celebration from afar…? 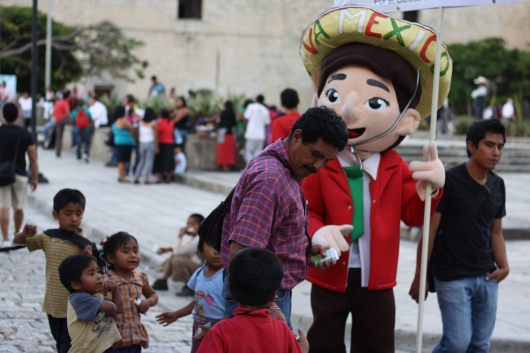 These tips are all bias to Oaxaca, and some require prep!

*Poblanos, are residents of the state of Puebla, and they actually do celebrate El Día de la Batalla de Puebla (The Day of the Battle of Puebla). This was a battle that took place on May 5, 1862 in which they defeated the French, and was considered to be an unlikely victory for Mexico. Cinco de Mayo is an observed state holiday of Puebla.

We’re into the last few days of our education crowdfunding campaign! We’ve $2,500 still to raise and so any help you can give, by donating or spreading the word, will be most appreciated. ⠀⠀⠀⠀⠀⠀⠀⠀⠀⠀⠀ Our featured entrepreneur, América, is passionate and articulate about the value the courses have given her. She was full of doubts about her own ability, but thanks to En Vía gained the courage to follow her dream. ⠀⠀⠀⠀⠀⠀⠀⠀⠀⠀⠀⠀ “I realised that it’s not that complicated, that it’s about changing the way of thinking. To realise that we can do things, that as women we know how to create.” She keeps all the course information to hand and revises it regularly. Help us to inspire more women like América! To donate, just go to the link in bio. ⠀⠀⠀⠀⠀⠀⠀⠀⠀⠀⠀⠀ oaxaca #visitmexico #entrepreneur #women #education #horticulture